skip to main | skip to sidebar

check out what bcworkshop is doing to make a statement on the homeless:

very awesome piece of artwork... displayed on the streets of dallas MLK day.
where are the news reporters when you want them... 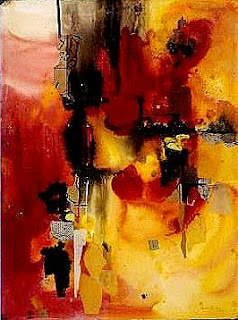 Posted by robyn parker feehan at 10:04 AM No comments:

Labels: artwork by Marie Renfro
http://www.truenorthchurchfrisco.com/
Posted by robyn parker feehan at 10:03 AM No comments:

movie night and art space together 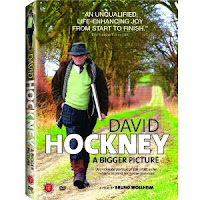 Thursday November 11.2010 - thegallery8680 re-opened its doors for a new era of the arts in Frisco TX. Located at 8680 Main street. thegallery8680 brings a new space for artists to exhibit their work, creates another venue for the artist and art collectors to gather, and draws the public into a gallery close to home.
thegallery8680 exhibits original art by both emerging and mid-career artists, who are currently working to express fresh ideas in an intelligent and well executed manner. When planing the venue, Creative Director Robyn Parker Feehan, envisioned a gallery that is, "uninhibited by preconceived notions and theories of the conceptual art movement of the past, in the realization of work that deals with issues that reflect contemporary society concerns and documents today"s reality.
Originally from New Zealand, Robyn and her husband Glenn have always had a vision to facilitate the artist. They have lived in Sydney, Australia and Massachusetts, before moving to Frisco to plant C3 TrueNORTH Church. One thing that drew Robyn and her family to Frisco is the city's intent to make the public aware of the arts. They visualized embracing the arts not just in music, but also in the verbal conversation that one can have with a painting or sculpture.

"The artist is able to provoke many conversations of speech, heart matter and thought," explains Robyn. When they opened the doors of C3TrueNORTH church in 2009, Robyn's dream of opening an art gallery in the same space was realized. thegallery8680 hosted it inaugural exhibit in june 2009, featuring emerging artists for the Collin College Preston Ridge Campas. The opening night was great success, attended by over 120 patrons, and set the pace for future shows.
After taking sometime to make alterations to the modern space, thegallery8680 relaunched this fall with two shows in October. Kids'n Srt, directed by Shannon Jamail, was the first exhibit in the newly re-opened space early October. Parent and children from all over the area enjoyed a colorful exhibit on the crisp white gallery walls.
The current exhibition titled "six" opened on October 29.2010, and features six artists from the Frisco area. The show curated by Feehan, is a brilliant mix of styles, from artist who are as equally diverse. The opening show was well attended, and several paintings have already sold from this show. The exhibit runs through the month of November.
With a clear compelling mission to acquire, exhibit and preserve both modern and contempory art, while "embracing the voice of the artist," Robyn is currently planing future exhibits and art events. On Friday, November 19, the gallery8680 will host a viewing of "Beautiful Losers", which features a loose-knit community of young outsider artists in the 1990's, who have gone on to make their mark in the art world.
Recognizing the efforts and accomplishments of the various arts organizations in this community, thegallery8680 wants to contribute to the growing success of the visual arts. "There has been much progression for the arts in Frisco. The Frisco Association of Arts is here supporting the arts also the Visual Arts Guild is active within the community. Frisco has numerous sculptures throughout its streets with its sights set on a sculpture park and of course we are blessed with the sculpture exhibited in the Hall Office Park exhibiting works that have been sought from all over the USA. There is also the tireless work of the Arts of Collin County," explains Robyn.
The intention of the gallery is to draw the attention toward the arts, artists and their voice. Unless you look at art it is hard to appreciate. The purpose of thegallery8680 is to facilitate excellence and awareness of art, and to stimulate and promote the Arts in Frisco.
written by misty oliver foster local artist.past president of the frisco visual arts guild
Posted by robyn parker feehan at 8:02 AM No comments:

uninhibited by preconceived notions and theories of the conceptual art movement of the past in the realization of work that deals with issues that reflect contemporary society concerns and documents toady's reality.representing both emerging and mid-career artists, naive artists exhibiting original art. exhibiting artists who are currently working to express fresh ideas and in well executed manner having a clear and compelling mission to acquire,exhibit and preserve both modern and contemporary art. thegallery8680 seeks to serve a broad and far reaching audience, and be recognized locally as a vital and energetic cultural gathering place and as an indispensable education resource for the community. work accepted for exhibition will be promoted using artist data base and the thegallery8680 data base using internet, press and any other available source. we invite all artists to be apart of a fresh evolving unconventional art base.